On July 4th 1947 at approximately 11:29 a winged alien reconnaissance spacecraft was struck by lightning during a summer thunderstorm and subsequently crashed on private ranch land 32 miles north of the city limits of Roswell, New Mexico.It has embedded itself like a dart in the upper slope of an arroyo on the sheep ranch.
The craft had a wingspan of 25 feet and a length of 28 feet. It could seat 7. None of the crew survived the crash injuries.1/48 TESTOR model based upon drawings forensically composited by William Louis Mc Donald from interview with witnesses and the case files
of Capt. Kevin D. Randle, USAF Reserve, And Donald R. Schmitt.
After the crash the craft and the alien bodies have been transfer to the nearby Air Force base in a location named "Area 51". 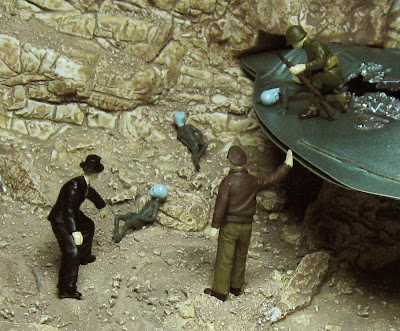 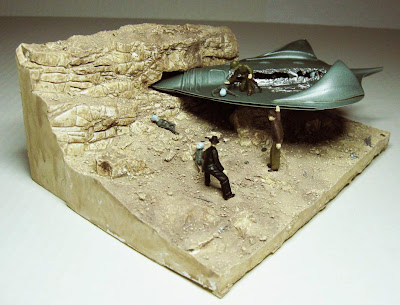 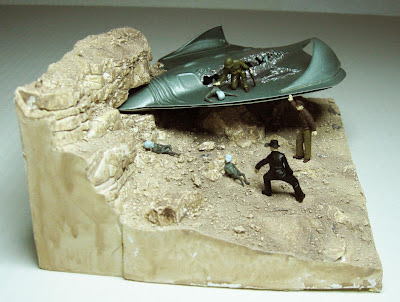 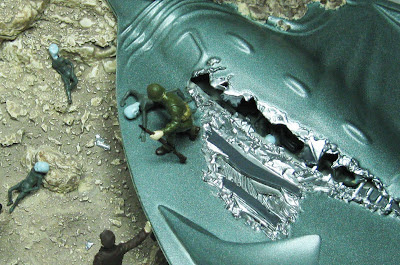 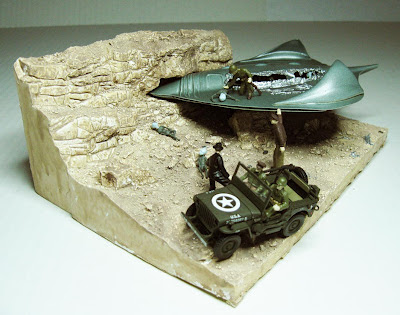